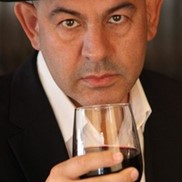 At the age of forty, like so many other people, I realised that there had to be more to my existence than the 9-5 daily grind in book publishing that had filled the last twenty years of my life. Brought to the tipping point by a genuine mid-life crisis, the death of my mother and stressful changes in the work place, I quit my job and set out to fulfil my life’s ambition to “Go Everywhere, Eat Everything” beginning a journey which cost me most of my life savings, took me to thirty one countries in a little over a year and resulted in my critically acclaimed book, EAT MY GLOBE (The Free Press, 2009) Along the way, I not only ate thousands of meals, from the divine and delectable to the unusual and unpalatable, but also encountered hundreds of people. Some I knew through interaction on food websites and my own internationally popular food blog, www.doshermanos.co.uk and others I met along the way. What they all had in common was the fact that they welcomed this often weary traveller into their lives with incredible generosity and showed me the glories of their culture through the medium of food. This led to such extraordinary experiences as sharing the picnic lunches of passengers on the train from Marrakech to Casablanca, working with a team of meat enthusiasts at The American Royal, the world’s biggest barbecue competition and even sharing home cooked meals in places as far apart as Finland, China, Mongolia and Mexico.
"While it was often a delicious trip, it was also an eye opening one as I found myself riding the rails in China, staring down gun toting security guards in Brazil and braving the scooter -thronged roads of Hanoi. In the end, this journey was not just about the experiences of food and travel, but also a journey into myself and a lesson about the next chapter in my life. It is a lesson I am always keen to share and while my style might be irreverent at the very heart of my journey is a genuine and deep felt affection for people. It is an affection which the London Daily Telegraph says “really nourishes the soul”
In 2011, the UK Press Gazette voted Simon in at Number 20 on their list of the Top 50 Food & Drink Journalists. Also, in 2011, Esquire Magazine (UK) called Simon’s blog, DOS HERMANOS, the “Number 1 UK Blog That Restaurants Fear” and noted that “it’s still one of the most widely read – and best.” In 2010, Simon’s second book, EATING FOR BRITAIN, was published to acclaim. In it, he traveled throughout the UK to find out what British food — from Arbroath Smokies to Welsh Cakes to chicken tikka masala — reveals about British identity. Also, in 2010, Simon was selected as one of the three recurring judges for season three of The Food Network’s Next Iron Chef America. The show premiered in October of 2010 and led to over a dozen appearances on Iron Chef America as a judge and on Food Network’s Best Thing I Ever ate as a food expert. In 2012, Simon completed his third season of Next Iron Chef and had also a recurring judge role on two seasons of the hit Food Network show Extreme Chef. In 2009, GQ Magazine chose Dos Hermanos as one of the “100 Best Things In The World” calling it “Michelin starred food blogging.” In 2008, Simon was voted by The London Evening Standard as one of the 1000 Most Influential People in London.
"Simon Majumdar…an Indiana Jones for the foodie set!" - Andrew Friedman, Co-Editor of “Don’t Try This At Home”