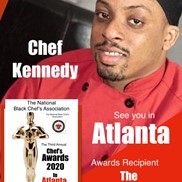 Single or multi-tier, fondant or buttercream, the perfect cake isn’t easy to master. Whether you bake to relax or impress, we want to see your top three show-stopping bakes here!

Popular Challenge Pictures From Other Users

Can you cook French cuisine?

French cuisine is the pinnacle of fine dining. Even the word "gourmet" originates from the French language. Are you skilled in the refined and elegant craft of French cuisine? Show us your regional specialities and take us on a virtual culinary tour of this beautiful country.

Can you cook Asian cuisine?

Asian cuisine is influenced by a long and rich history. Authentic, fresh and flavourful, there are so many dishes to choose from. Which are your favourite?

Popular Challenge Pictures From Other Users