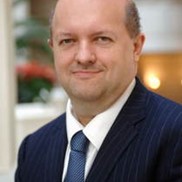 I am a professional restaurant critic, author and occasional broadcaster.

I am the restaurant critic for Elite Traveler magazine. I am author of "The London Transport Restaurant Guide" and am a freelance food writer for various publications. I was a guest critic on the first four series of BBC's "Masterchef: The Professionals.", and wrote the Paris section of National Geographic's "Food Journeys of the World". I was the largest contributor to "1001 Restaurants You Must Experience Before You Die", published by Barron's. I have appeared as a commentator on BBC News, Sky News, Al Jazeera and many other TV and radio shows.

www.andyhayler.com and is the oldest restaurant related website in the world, running since 1994.

What’s your most adventurous food moment?

Around the World with 80 Pizzas